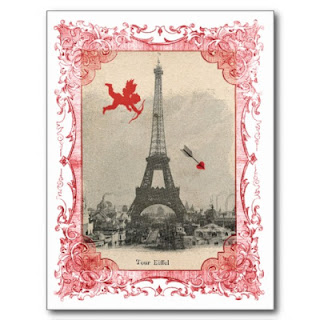 I am finally getting back to our Spring 2011 England/Paris trip!  In order to get back into my writing 'groove', I've posted a report at eGullet.org about the food portion of the Paris trip.  You can see it here: Paris Food Report.  Here at my blog, I'll go back and finish the England part before I go on to Paris. 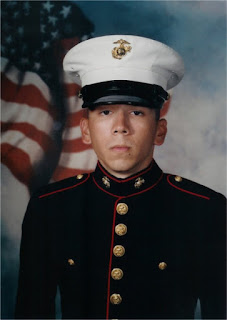 “Lance Corporal Karl Richard Linn, USMC, age 20, died Wednesday, January 26, 2005 as a result of hostile action in Iraq. He is survived by his parents, Richard J. Linn and Malisa Linn; a brother, Tan Linn; and his grandmothers, Anita Linn and Lee Woothi. The family will receive friends 2 to 6:30 p.m. Tuesday at the Huguenot Chapel, Woody Funeral Home, 1020 Huguenot Road, followed by services at 6:30 and 7:30 p.m. An additional service will be held at the funeral home at 11 a.m. on Wednesday, followed by burial with full Military Honors at 2 p.m. in Culpeper National Cemetery. After this service, please join the family for a luncheon and reception at the Holiday Inn in Culpeper. In lieu of flowers, please make contributions to Fisher House or the American Red Cross for Tsunami Relief.“


Simple words. Too few to capture a precious lifetime. I found myself unexpectedly at the point of tears again today, out of nowhere, at my desk, safely in my windowless Virginia office. Karl was killed in 2005 when an RPG was fired at his armored personnel carrier in Iraq. Three other young marines died with him in that ambush. There happened to be an embedded reporter in that convoy, and I have seen the footage of that coal black night, with the fire trails and tracers from the hills as grenades and heavy arms fire rained down on the convoy. I will not forget the images.  It must have been terrifying to be in that truck, not able to see or fight or escape the enemy that was so desperately trying to kill them. And then the terror of the impact. I hope his pain was brief.

I think of Karl that night, but I also think of him in context. Karl and The Child had dated fairly intensely before his enlistment.  To say they were "intended" would be a serious overstatement, but to say that they were just friends at the end would not adequately describe their relationship either. I think there was genuine connection, a real fondness for each other, the latent potential of something more if the future circumstances had been right. Clearly he had feelings for her. This is the way I remember it, anyway.

They attended college together. Karl was a whiz with engineering concepts – structurally and visually oriented. Line drawings, sketches, and crude schematics I saw in his notebooks were really impressive.  He was respectful and thoughtful and deliberative.  I remember at the funeral home hearing his squad leader recount that Corporal Linn could disassemble a weapon or piece of equipment faster than anyone in the unit and put it back together before anyone else had completed the break-down. Just a sharp kid, and gentle. Also a practicing Buddhist. How he decided that his path lay with the Marine Corps, I’ll never understand. But he did, and served proudly.

I learned about his death on the local radio. On January 27, 2005, the AM talk radio's News At The Top Of The Hour began with the report that a Lynchburg (VA) based Marine Reserve unit, the 4th Engineering Battalion, had come under fire in Iraq the evening before and that four Marines had been killed, including a local man from Midlothian. When they said the name, my heart jumped. I knew I had to tell Her before she heard it elsewhere. Our girl was coming over that night for a celebration – Karl’s death had occurred during the overnight on her 21st birthday. Kim and I discussed it -- we couldn't risk waiting until after the party to tell her, knowing that someone else who had heard the news might inquire if it was "the same Karl."  So we had to tell her.  But her 21st birthday, for God's sake.

How the hell do you tell your baby girl that her first serious boyfriend, only recently a former one, now at the least her very good friend and confidante, her Maybe, is lost? That mere months after shipping out he died a horrible death away from family and all those who loved him?  I went to the local florist to pick up the roses I’d ordered for her birthday the day before and just about blubbered over the counter as I contemplated the task of telling her. The three or four employees joined me in tears once I explained. I took the flowers home and left them with Kim, and walked to the car to go fetch Her.  I wanted to be someone else.

She met me in the lobby of her dorm. I sat her down, and asked her Karl’s last name. I wanted to be very sure that I had the right person before stepping into the news.  She must have read my face. “HE’S NOT DEAD!?!?” After inhaling and taking half a beat oafishly trying to skip ahead in my rehearsed monologue to the part where I was supposed to console her, she bolted from the common room in hysterics. (Nice job, Dad. God, what a useless putz.)  I waited in that chair for the hours that must have actually been 10 or 15 minutes it took her to return. I told her I could call everyone off for the evening, that they would understand.  She said, No, everyone had made plans to come celebrate her birthday and that she could handle it. She was fighting with herself for control, and I could see her steeling herself for the "birthday celebration."  It’s easy to be proud of your child when she does something outstanding, but it’s even more special when she does something Necessary.  This was one of those moments.

The funeral was held in Richmond, the burial at the veterans' cemetery in Culpeper nearly an hour away. The funeral procession snaked along two lane byways along the way, through wooded miles and towns mostly too small to have their own zip codes.  All along the route, in every single village we passed through, the street was lined end to end with strangers who had come out in support. Some with flags, some with hands over their hearts. Policeman standing at attention, saluting the entire parade of cars.  It was more moving than the military tributes and the tears of his high school friends and even the graveside service.

Except for Taps. Taps is such a simple, soul deep tune. But it doesn’t plum its true depth until you have heard it played for a boy you knew. Because of a shortage of buglers in the military and the sheer number of veterans' funerals for servicemen long retired and servicemen newly killed in action, most Taps deliveries are actually a recording, with a ceremonial bugler judiciously far enough away from the grieving family that no one can tell he is not really playing.  This soldier was on a hill above the cemetery his instrument sparkling in the sunshine.  Playing or pantomiming, it didn't really matter: the effect was still soul chilling. They put Karl in a grave next to his grandfather, another hero from another war. His austere military style gravestone bears the simple military regulation identification, dates, regiment, and KIA, and above it a Buddhist symbol where most stones have Christian crosses or Stars of David. Even in this place of uniformity, Karl is not the usual.

Karl has been gone for the better part of a decade. The Child has had other relationships, has developed into a grown woman with grown up interests. But she thinks of him often. She still receives monthly mailings from a support group for families of lost soldiers. I don’t think she looks at them any more, not because she doesn't care but more because it still serves as a reminder of the pain and the loss. Every January around her birthday we talk about taking the drive to Culpeper. Several times we have actually done so, to stand over Karl's grave and reflect. It is a cold place, not the bustling near-tourist attraction of Arlington National Cemetery nor the family feeling of a church yard. It is just a place to focus and think. And feel loss. There is no comfort to be had there.

I miss Karl. Not that I really knew him well myself, he wasn’t part of my life for as long as he was part of The Child’s. But I do miss him nonetheless.  I miss the interesting man he was becoming.  I miss the opportunity to have watched him mature and discover himself. I miss the chance to have talked philosophy and politics and tales of his childhood.  He could have been a good man, maybe even great. A soldier, an engineer, an artist, a dad.  He had a spark that told me he was special, some elusive something that few teenagers or twenty-somethings I ever met have possessed.  But his one important life choice, to defend our country from all enemies, foreign and domestic, swept away all other paths.  I still recall the pain my daughter felt, and can only imagine the anguish his mother and father dealt with.  The horror of that time lives in them still.


Today for no particular reason, Karl is on my heart again.