Mr. Kim blogs: Another Sign of the Coming Zombie Apocalypse 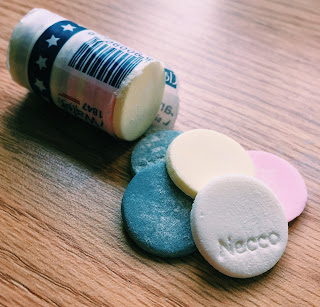 Today, I learned that a piece of my childhood died.  Not just my childhood, but yours too, and our grandparents’, and also their grandparents’ childhoods if they were lucky.  Today, I read that the New England Confectionery Company has closed its doors.  Since 1847, this small factory in Revere, Massachusetts has produced such goodies as Clark Bars, Mary Janes, and those Sweetheart conversation hearts you got for Valentines Day.   And yes, they made Necco Wafers, from the very beginning, two decades before the Civil War.  NECCO was in financial distress and was recently sold to another candy company, which subsequentlly announced that it was immediately shutting down the old NECCO product lines.  Not with a bang, but a whimper.

You remember Neccos.  Those rolls of chalky brittle disks in eight dusty colors?  Lemon, lime, clove, cinnamon, licorice, chocolate, wintergreen, orange.  You probably thought they'd been gone for years.  An article I read several months ago discussed the company's troubles, and speaking about the candy itself the article wagged that 50% of the country thought Neccos were the worst candy ever made, even fouler than circus peanuts.  The other 50% of the country thought they were even worse than that.  But regardless of when you last slipped one onto your tongue (Catholic kids used to pretend they were communion wafers, admit it) you have to agree that the company’s fall into oblivion is a minor tragedy.  Another piece of Americana that no one will remember in a few years.

And all that completely ignores the fact that there are a lot of folks like me out there who really LIKE these bite sized treats.  They pack a lot of flavor, you can share them with your bride, you can eat them in bed without a mess, and if you leave them on your desk at work NO ONE is going to steal them.  How excited I was as a kid to buy a roll for a nickel up at the corner, and try to make that roll stretch for more than a day.  (Who am I kidding, I couldn’t stretch them for more than an hour back then.)  The special consideration of which end was the best one to open, usually driven by how close to the end I could spy a purple one.  The care taken to have a hand at the ready beneath, just in case the end ones were broken, which happens at least half the time.  They are delicate little buggers.  The examination of the “dust” on the candy (the corn starch that keeps them from sticking together, and makes some people believe they are "old" no matter how fresh they are) and the NECCO imprint on each wafer.  Eating the first one, trying to hold it in my mouth forever before surrendering five seconds later and crunching down on it.  Reaching for the next one, almost inevitably a white one for some reason.

No, a Necco didn’t have gooey sea salt caramel or handcrafted chocolate, it didn’t have sour pucker powder, it didn’t pretend to be some nasty nasal excretion designed to gross out parents and guarantee sales to 10 year old boys.  It was just a simple candy, with honest flavor.  Neccos were just plain enjoyable.  They were summers reading Tolkien and chilly high school football evenings in the bleachers and a self-provided reward after delivering the last newspaper of the day.  Unless you were among the unenlightened 50% who hated them or the 50% who despised them.

I know the facts of business.  When the news of the financial troubles hit, I stopped at the mega-drug store and bought a few rolls.  As I put them on the counter and answered the pimply clerk's puzzled expression as to why I wanted all six rolls, he just shrugged and said “No one eats these.”  (Marketing genius, that one.)  And no company, no matter its august history can survive without some indication that profits are on the horizon.  Still, this little bit of life’s passing makes me melancholy.

Perhaps one day, when Antiques Road Show is in its 80th season in the mid 2070’s, some young child from Martian Colony 4 will produce a dusty roll found in his grandfather’s airtight storage bin next to the old baseball cards.  And the appraiser will have to explain the mystery of why the candy was ever made and chuckle that the taste and condition of the candy is largely unchanged from when it was made a century earlier, but that due to the condition of the wrapper it is only worth $10000.  If I am here at that point, I’ll buy it from that kid – Neccos are certainly worth a lot more than that.
Posted by Kim S. at 12:18 PM No comments: 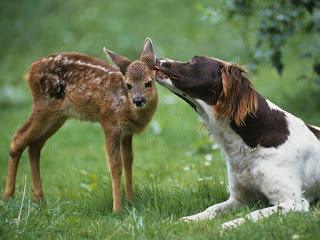 From the dining room, I hear the strains of All You Need Is Love by the Beatles, streaming out of Alexa.  And just barely audible from here, I hear Kim’s sub-alto singing along.

She’s struggling so badly with the horrible abuse she receives from her mom’s dementia.  She splits her time between visiting her mom daily at the rehab center and packing her apartment up for her mom's release from medical care and her subsequent move into our home.  Kim is (unnecessarily) fearing how I will react to her mom’s permanent presence, and she is deeply questioning her own ability to deal with a mentally ill mom in the same house. Earlier today she went from talking gently in an effort to calm her mom in an early call to crying after a later call to hollering to defend herself, trying to hold her own in the umpteenth phone conversation with her mom.  Kim feels panicked, her mom feels betrayed.  The offense each finds in the other is both dreadful and reasonable from each other's perspective.

Later on, Kim was a little more settled making brownies for church tomorrow.  She was like my lady again.

But listening to her singing in the next room, forgetting she wasn’t alone in the house, she sounded…. No, not happy.  But care free.  Just for a moment she had forgotten.  Thank God, she had one moment without the pressures of the day.   For that moment, I knew Kim had a bit of relief.

All you need is love.