An Icy Blast From the Past

Anyone who grew up in Northern Virginia in the 50’s, 60’s and 70’s will remember Gifford’s Ice Cream shop. 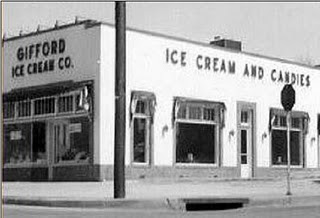 There is apparently some upstart Maine company with the same name, but they only started in 1980. The real Gifford’s started in 1938 (the year Momma was born!) in the Washington DC area. The Bailey’s Crossroads shop (MY Gifford’s) opened in 1956 – 3 years before I was born. They have been owned by various people over the years, but there are still Gifford’s stores in MD and DC. The VA stores have been closed for years. And I haven’t had any Gifford’s ice cream since the Bailey’s store closed.

Gifford’s was not your average ice cream stand. It was a large airy room with a uniformed staff and table service. 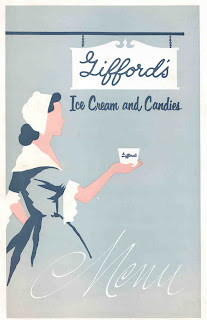 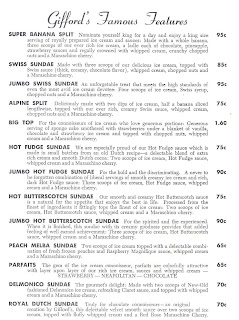 Along one wall was a counter where candy and to go orders were sold. My childhood dream was to have one of each kind of the candy sticks.

Gifford’s was the kind of place that families went to for ice cream after a family dinner. A nice place. A special place.

So imagine my delighted surprise when I came upon this wandering around Whole Foods yesterday: 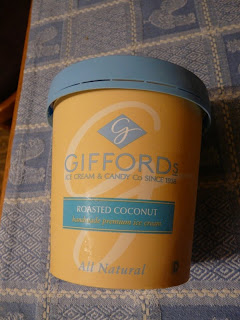 And on the back a picture that stirred so many memories: 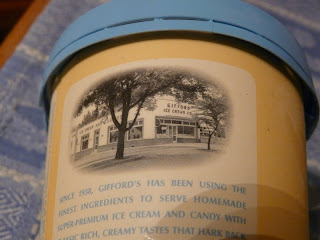 That’s MY Giffords. That’s exactly what it looked like. I doubt that Roasted Coconut was a flavor back then, but it was OUTSTANDING. 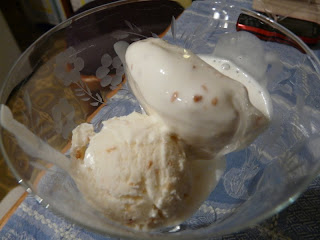