A Year of Dazed and Confused Blogging 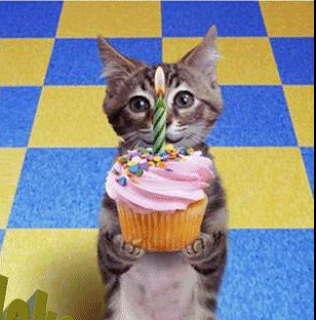 It is 9:30 pm on January 8, 2011. And I just realized that tomorrow is the one year anniversary of the start of my blog. And I don’t have one thing prepared to say to mark that anniversary. How very typical of me. No topic, not one single idea in my punkin head. Actually it is very similar to my style of entertaining. I go around WEEKS ahead of time making lists and timetables. I set out the dishes the night before and put 3M stickies in the serving dishes so that I know what goes where. I get up at the crack of dawn and start checking off things on my printed out timetable. And, somehow, when the first guest arrives I am running around like a crazy person, no makeup, hair wet and half nekkid. Sigh. And I suspect that when midnight arrives – when I was planning to post my witty, poignant and thoughtful remarks – I’ll be posting the virtual equivalent of that pasty faced and damp crazy person.

Instead of thinking of ideas for posting, my mind is full of the horrifying events in Arizona. I wish that I could believe that this will start people thinking. That it will make public figures and the media realize that the violent rhetoric needs to stop. That it will make private folks stop spewing hatred of their fellow citizens just because of differences of opinion, religion or color. But, instead, everyone seems to be lining up on one side or the other. Reading the comments on the news sites is depressing and discouraging. Listening to our ‘leaders’ distancing themselves from responsibility is not surprising, but very sad.

When ideologues don’t have truth and facts on their side, they turn to stirring up emotionalism and fear. We don’t ever seem to learn this.

I’m sorry to be so somber. This is not the anniversary post I was hoping for.
Posted by Kim S. at 11:47 PM