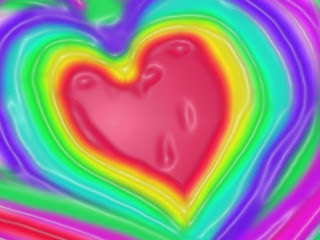 Kim’s thoughts here are of warmth or reward for a journey completed. My memories are of a different sort. Mine are wrapped up in emotions, replete with all the complexities of remembered youth.

When I met Kim, I fell, completely and utterly, head over heels in love. It was lightning in a bottle, not dependent upon her skills at cooking or housekeeping or money management. I had no idea about any of these things. (and in at least one of the three areas, a good thing too. But I digress…..) I just knew the first time I saw her that she was The One. The fact that she has become the best home cook in 49 states turned out to be a lucky bonus. Her first major effort on my behalf is the most memorable meal of my life.

Not long after we met, Kim invited me over for a home cooked meal. Coming straight from work, I arrived at her walk-up apartment to find her busy in that impossibly small kitchen. Within minutes of my arrival, she served up, beginning with a glass of our favorite oh-so-piss-elegant favorite wine, Reunite Lambrusco. Oy, we were twenty, what did we know of wines. It was sweet to the point of being a sparkling syrup, but it was red so we deemed it classy. It was followed by the meal of my life.

And what a feast! First, there was this steak. Now, eggs is eggs and steak is steak, but I was unused to such luxury, only really having access to it on birthdays, and even then not usually in extravagant portions.

(Of course, there was the one time in my childhood, I believe it was for my 16th birthday, that my mom splurged and got filet mignons for all five of us. That was to be a feast! She seasoned them and rested them on a cookie sheet as she warmed up the cast iron skillet to fry them up. All steaks were fried in my parents’ house. Mom heated the pan and began prep on some side dish or other, probably her mashed potatoes – my mom to this day makes the world’s best mashed potatoes, one of only a few areas where Kim’s current prowess has yet to approach mom’s – and while her back was turned, in ambled Andrew. Andrew was our 85 pound Norwegian elkhound / collie mix. Stealth was not in his nature. He didn’t walk, he galloped. Yet somehow he snuck in behind mom, and eased up on his hind legs to reach the pan of filets. One by one, he gingerly lifted those steaks off the pan, not tipping it over or slurping or making any noise to alert my mother, not two feet away with her back turned. Down they went, all but two. A valued member of the family, Andrew had celebrated my birthday with a steak dinner. My mom chased him out of the house and into the yard with a knife, apparently intent on retrieving the steaks or carving an equivalent amount of meat from his haunches.)

So steaks were a rare delicacy when Kim surprised me with this beautiful rib eye. Cooked to perfection to a cool medium rare, with fresh garlic and butter as the only seasoning. And it was the largest steak I had ever had put before me. Truly delicious beyond words. Kim didn't want a steak that night. I recall that she just wasn’t hungry, having spent too long smelling it cooking. I asked if she happened to have A-1 (the pinnacle of accompaniments and an integral part of a steak, in my young mind) and Kim informed me that she had made something to take the place of steak sauce. And she poured over the top of the beef, allowing it to spill over the plate, something I had never tasted before. Brown and musty and tangy and firm were dozens of fresh mushrooms, lightly sautéed in butter and Worcestershire. I had never had a fresh mushroom except sliced in a tossed salad, where the heft of whatever full fat bottled dressing had muddled and mixed all the flavors. I certainly had had nothing in the way of a cooked mushroom that wasn’t preceded by the words “cream of.” The flavor was absolute heaven to me, reminiscent of smoke and anchovy and pepper. And combining this taste sensation with the steak, never forgetting that wonderful steak, was like opening a door to a whole new world for me. It wasn’t that I’d never eaten anyone else’s food beyond my family's. It was simply that I had never tasted anything this… special. And so perfectly prepared. And it was made just for me, a gift whose value can only be fathomed if you spent an hour listening to my recollections of childhood.

Accompanying this incredible bounty were sautéed Brussels sprouts. When I saw these, I knew I had to be polite. I had tasted sprouts before – my mom had served them several times, boiling the living daylights out of them until they gave up any semblance of dignity. But I was raised to never criticize or refuse food that was offered at dinner, a survivor of the clean plate club. Besides, Kim had given me steak and mushrooms; why would I offend my new love by telling her how much I detested sprouts? So I popped one in my mouth and attempted to crush it with my tongue against the roof of my mouth, as I had when forced to eat them at home. But I failed – these sprouts, each halved before being tossed in a skillet with a little butter until they charred up nicely, had texture. And flavor. They tasted like a sweet cabbage with undertones of the earth they grew in. They were really really amazing to a kid who had never had anything like it. I quickly fell into them like they were candy, pausing only long enough to express my amazement.

It wasn’t for years afterward, long after we were married, that Kim told me the rest of the story of that meal. You see, she didn’t have a steak that night. And she didn’t have meat or much of anything else to eat the rest of that week. She couldn’t. She had spent almost her entire week’s meager food budget on that one meal for me, knowing it would please the oblivious, self-absorbed boy-man that I was. When I learned this truth years later it caused me grief and embarrassment at the thought of what she had done and how it had escaped my notice at the time, even as I absorbed the degree of her devotion and sacrifice. I have never felt more loved in my life or more unworthy than I did when she told me.

Great meals should surpass expectations, should awaken the spirit with the purity of flavors both obvious and suggested. Good food should express the love the chef has for the ingredients and her earnest desire to please the diner. My girlfriend, my to-be-wife, gave me a magical experience that night. All the four star meals, all the gourmet ingredients, all the magnificent presentations that have been put before me in homes and restaurants since have only been reflections of that plateful of love.
Posted by Kim S. at 7:30 PM