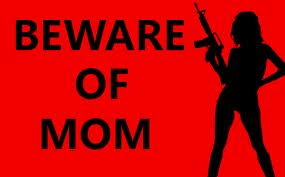 I, of course, have no business sitting here blogging away. Blogging, in my mind, is sometimes akin to the legendary bonbon eating that idle housewives are supposed to have done. There is a possible Ms. magazine article in that idea, but not now. Laundry is calling, I have veal thawing on the counter that wants to be Milanese’d. Dust bunnies are procreating at a faster rate than their real live cousins. I really do have a lot to do. BUT…I need to add the pictures and the shameful tale of the final night of the Drag Show. The pictures are of The Child and all. The shame is all mine. I’m afraid that Mama Bear came out. When The Child was given what I thought was an uncalled for low score, I became a bit…unruly. I might have shouted out something. A slur on a judge. The judge in question was a former friend of The Child’s. Former. Not an enemy now – just back to an acquaintance. Because of difficulties in on a trip to Paris. I thought perhaps he was thinking of Paris and not the wonderful, delightful exhibition that The Child was giving on stage in front of him. Occasionally things come out of my mouth without making a detour through my brain for a bit of thoughtful consideration. I think that this was one of those times. It is all a blur. But I did make somewhat of a spectacle of myself, though I did my best to be charming and funny when the judge came over later. And that WAS the night that I was pressed to consider becoming a contestant, so I guess either not that many people actually heard me or else they thought it was Diva-ish enough for me to qualify. Something like that.

Anyway, enough about me. The Child was wonderful. It was her 27th birthday and she celebrated in High Style. Here she is in her first number: 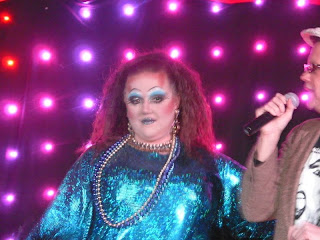 She was much ‘free-er’ this week. She flirted and played and shimmied and just had a blast up there. Nothing but fun to watch and be a part of.

This is her in her second number: 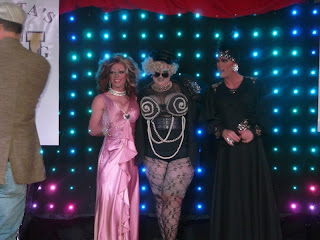 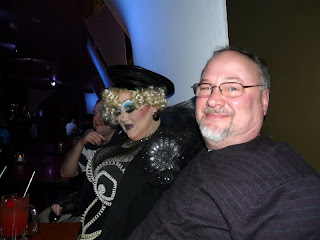 With her proud Papa. 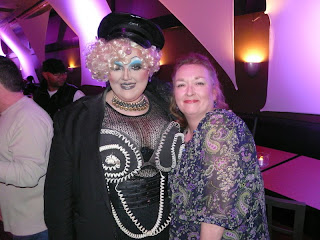 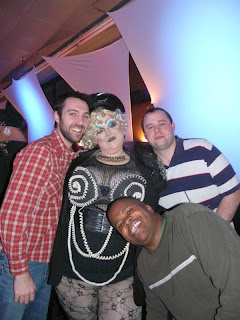 With some of her buds. The tall one with the beard is my ‘son’ Andrew – he of the wonderful boobs quote last week. 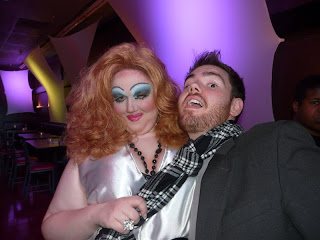 This is her with her BFF Kevin. My other ‘son’, Andrew’s partner and the editor/publisher/creator of the incredible website: gayrva.com.

And lest you think that our birthday celebrations are all glitz and glamour, here is my girl, dressed all ‘normal’, wearing jeans, hair pulled up in a ponytail: 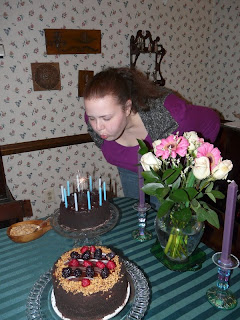 Every bit as gorgeous and fierce and smoochable.
Posted by Kim S. at 6:41 PM