My Two Most Memorable Meals 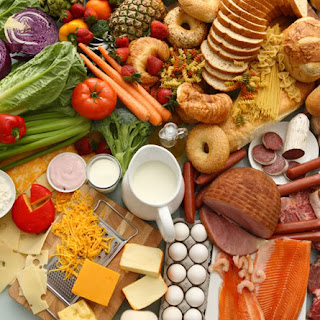 I LOVE food. I love to eat it, cook it, talk about it and read about it. I have strong preferences and prejudices, but I'm not really a food snob. One one hand, I cannot BELIEVE that people actually pay money for Subway. On the other hand, I love Burger King's original chicken sandwich with a deep and abiding passion and recently when they had BOGO on them, I had to force myself not to stop there every day on the way home.

But I DO love food. I love long, elaborate meals - with many, many different dishes. At high-end restaurants, I will often choose two appetizers (or small plates). I also love buffets - from Golden Corral to Chinese all you can eat extravaganzas. Clearly, I am all about variety and VOLUME. So my two most memorable meals are wildly out of character for me. But they are memorable for much the same reason - they were both consumed after a long period of paucity.


My first meal was the first solid food I had after The Child was born. You need to know that I had horrendous 'morning sickness'. It was more like morning, noon and night sickness. From about the six week mark until delivery day (not to get TOO explicit, but you can hear Mr. Kim comforting me on the audio tape from birthday). I actually LOST weight in between my first and second OB visits. Eventually, I learned to eat only a bite or two at a time to help with the nausea. This, of course, boomeranged on me, since I began taking 'bites' every 5 to seven minutes and ended my pregnancy looking like Jabba-the-Hutt. 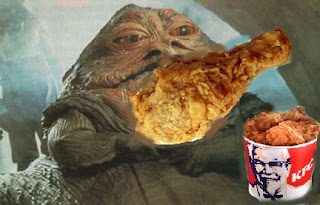 (The Child does the most hilarious impression of me during the last month of confinement - complete with sound effects and chin licking). So even though I wasn't ACTUALLY starving, I spent nine months on very short rations, never feeling full or being able to eat anything 'good'. Add to this the odd phenomena that visited me during the last six weeks of my pregnancy: I had a bitter taste in my mouth 24 hours a day. Like that penicillin-copper penny taste. ALL THE TIME. The only way that I could sleep was to tuck a mint between my cheek and gum. If it melted during the night, the taste would wake me up. For almost 9 months, I basically subsisted (if you can reasonably call gaining 900 pounds subsisting) on sugarless mints, saltines and vanilla milk shakes.

I didn't get permission to eat solid food until after dinner was served and visiting hours were over. I sat there falling in love with that delicious babygirl and fretting over my growling tummy (I am very good at multi-tasking). Visions of the eggs and bacon and toast that I hoped would appear early the next morning dancing in my head, I heard the rattle of a cart outside my door. A smiling lady peeked around the corner of the door and asked if I was hungry. The delicious baby was nearly tossed to the floor in the frenzy that ensued. That dear lady brought in a ham and cheese sandwich on rye bread and an apple. Now, I am no stranger to hospital food. I know that there is more than a slight chance that the ham was pressed, the cheese a slab of dyed oil, the bread stale and the apple mealy. But I can still taste it and remember how utterly sybaritic that meal was. The cool saltiness of the ham, the rich gooeyness of the cheese, the herby crunch of the caraway seeds and the snap and juiciness of the apple. 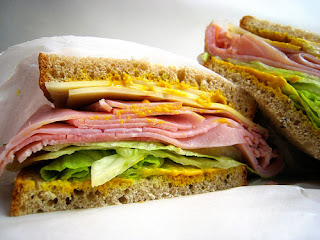 I wasn't nauseous, my mouth wasn't harboring any hidden coins. I tasted and savored every. single. wonderful. BITE! I picked at the crumbs and wished for more. And I returned to counting fingers and tasting toes and marveling over the most beautiful baby ever born, able, at last, to give her the attention that she deserved.

The other meal that will stick with me forever was the first REAL food that I ate after having a gastric bypass. Having heard all of the fat girl horror stories ("you won't ever be able to eat chocolate/hamburger/cheese again!!!"), the week before the surgery I gorged on every food item imaginable - Mr. Kim even took me to Philadelphia for a cheesesteak. I think I set a speed record for weight gain. For the first couple of weeks after the surgery, I didn't care if I never ate again. I honestly wondered at the time if the operation had worked TOO well and worried that I would starve myself to death through lack of appetite (HAH - no fear). The progression of allowed foods after a gastric bypass is: clear liquids - thicker liquids (including the seriously gakky SF Carnation Instant Breakfast) - pureed foods (more Carnation) - soft solids - solids. By the time I got to the pureed foods stage all worries about starving myself to death were history and I wanted to TASTE something. I wanted to CRUNCH something. But I still couldn't eat much. So what was my 'dream meal', my 'gourmet's delight'? I fantasized about...3 Wheat Thins and a grape. Yep. That's what I wanted, thought about, imagined until I could almost taste it. So finally, I got the solid food go-ahead from my surgeon. Mr. Kim went to the store for a box of Wheat Thins. He carefully picked over the grapes until he found the plumpest, greenest, fattest fruits that they had. And he brought me a pretty plate with my feast displayed. I ate exactly one grape (in about 4 bites) and two crackers. And, reader...it was sublime. Crisp, salty crackers. Firm, juicy grape with that wonderful snap. 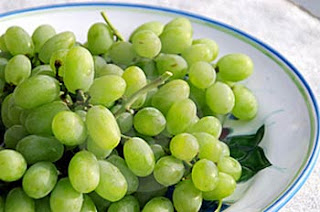 When I get blasé about meals and can't think of anything that really revs my engines, I remember those two meals and how perfect and delicious they were and feel ashamed of myself. It is really true: hunger IS the best sauce!